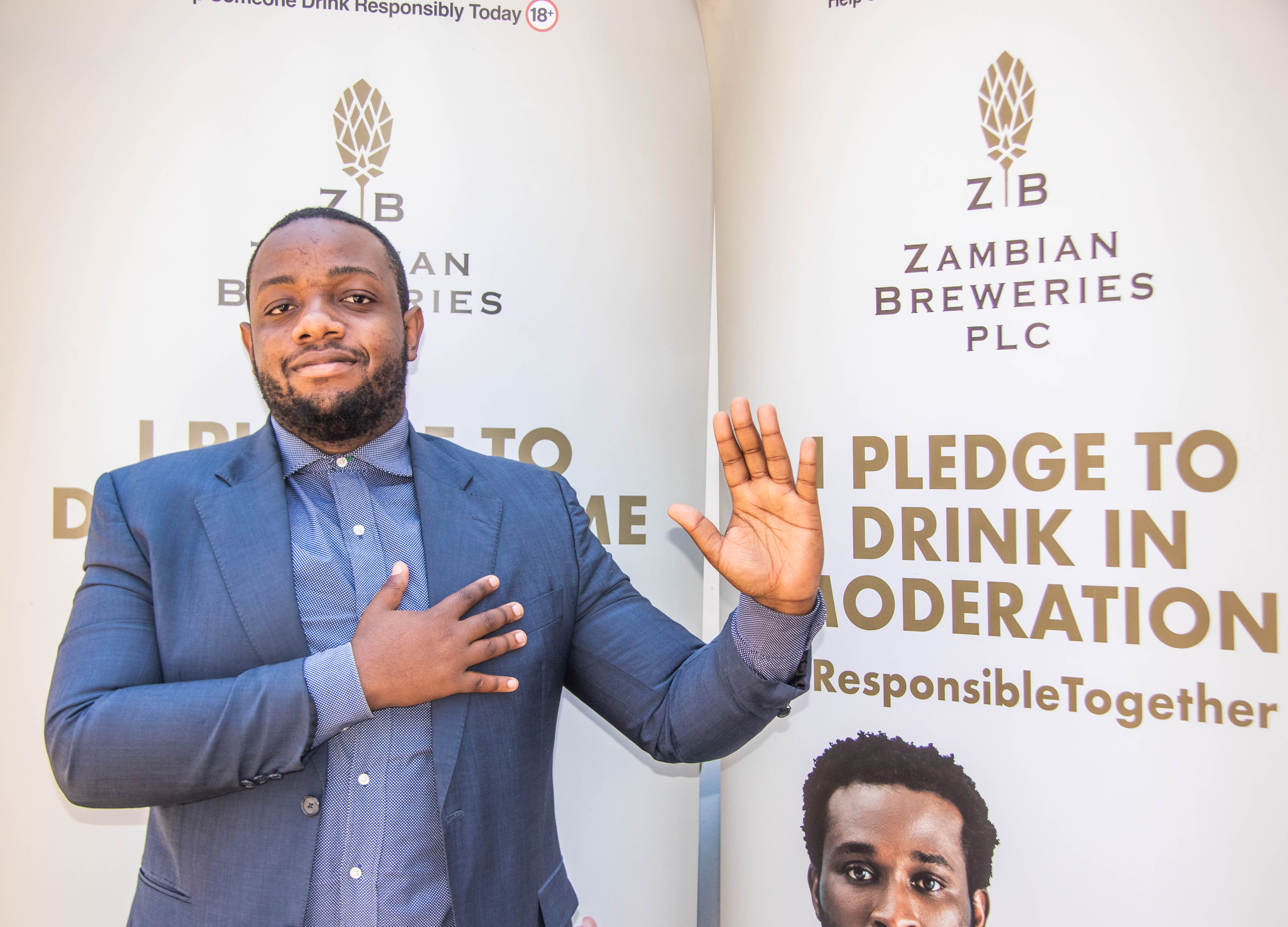 Thousands of people across the country have come out in support of Zambian Breweries’ drive to champion responsible behaviour by taking the brewer’s #ResponsibleTogether pledge.

The campaign reached more than 60,000 people through social media and activations at shopping malls and events in Lusaka and the Copperbelt, with 12,524 taking up the challenge to pledge to promote smart drinking habits.

The campaign, launched in September 2020, is playing a key role in creating awareness and educating consumers and the community on the importance of responsible drinking and responsible behaviour, especially during the COVID-19 pandemic, by highlighting the ills influenced by alcohol abuse such as gender-based violence (GBV), underage drinking, irresponsibility in homes, and violence among youths.

Zambian Breweries Country Director Jose Moran said; “The #ResponsibleTogether campaign is changing the way consumers think by cultivating a positive responsible drinking culture and behaviour – especially in COVID times – that avoids excessive drinking and abuse. We are thrilled to see how people are coming out to pledge for a smart drinking community.”

“Zambian Breweries is committed to making communities safer for everyone and free of vices such as underage drinking, binge drinking and gender-based violence,” he said.

As part of its Smart Drinking principle, Zambian Breweries collaborates with various partners, influencers and regulators to reach a wide community that includes government, Lusaka City Council, Ndola City Council, the Road Transport and Safety Agency (RTSA), the Football Association of Zambia (FAZ) and local celebrities such as Wezi, Slapdee, Salma Sky and Bobby East to drive conversations on alcohol.

The campaign runs under COVID-19 guidelines, harnessed online platforms to engage with the public by sharing messages, videos and posters in the digital space, reaching more than 30,000 people.

Alcohol and drug abuse is rampant among adolescents and youths in unplanned settlements in Lusaka and the Copperbelt. Several factors account for this abuse, among them unemployment, low risk perceptions, low self-esteem, lack of role models, peer pressure and lack of recreational facilities to keep them active and productive.

“As leaders in the alcohol sector, we have taken a step to reach out to communities to educate and create awareness, and provide solutions to the problems that arise due to alcohol abuse. We want everybody to come on board because we believe negative effects of alcohol do not only affect the consumers but the entire community,” explained Mr Moran.

“Through engaging and creating open conversations, we have been able to make a huge difference in a short time. The Responsible Together campaign in the last three months has shown us that through awareness and engagement we can create better solutions and remove the bad vices in the manner we socialise and drink alcohol.”

Mr Moran thanked the media for their support in reporting, educating and creating awareness on the ills alcohol abuse brings to the community.

The brewer also highlighted in the campaign the importance of curbing illicit alcohol – kachasu, junta and Tujilijili – to help create a vibrant and healthy community that is helping build the nation.

The #ResponsibleTogether campaign kicked off in September last year to educate people on the benefits of positive drinking habits. It has since gained traction on social media with members of the public posting their pledges to the campaign.